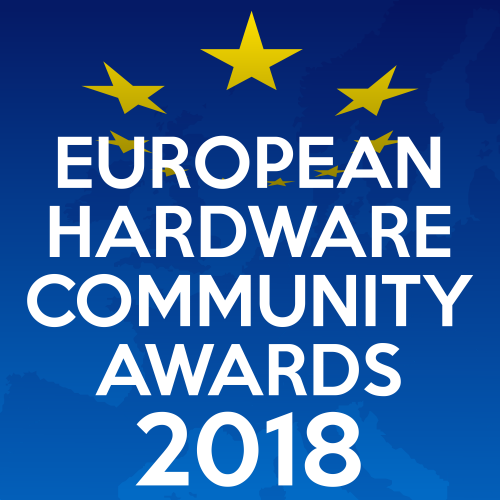 Nominations for the 2018 EHA Community Awards are in and voting begins September 25th. This survey of our readers is the largest of its kind – and includes Hardware.Info, Hardware Upgrade, Hardwareluxx, Cowcotland, Geeknetic, Lab501, PurePC,  SweClockers and KitGuru.

With a combined audience of more than 20 million readers, the European Hardware Association is uniquely placed to run the biggest Community Awards survey of its kind. From the end of September to the end of October, we will be asking influencers and hardware enthusiasts from across the continent to vote for their favourite brands.

There’s a big change to the voting process for 2018: our readers will be voting for the best brand in a category – rather than a specific product. So, for example, ‘Best Motherboard 2017’ will be replaced by ‘Best Motherboard Brand 2018’.

It is still very much a ‘one man, one vote’ system – and the winners of the European Hardware Association Community Awards 2018 will be announced at the end of October.

Enough information about the rules and format – here is a list of the nominated brands!